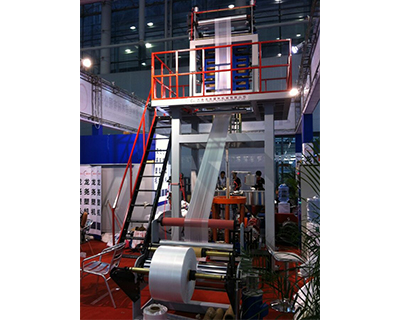 ABA film blowing unit uses two film blowing machines and a three-layer coextrusion die to blow plastic film. The surface layer and bottom layer share one extruder, which we call a. the other extruder extrudes the middle layer of the film, which we call B. in this way, the blown film forms a, B and a three-layer coextrusion film.