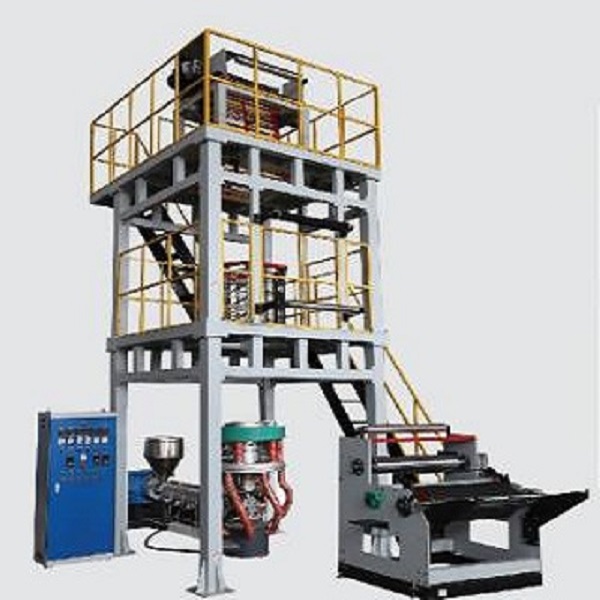 The degradable film blowing machine adds the dried polyethylene particles into the lower hopper and enters the screw from the hopper by the weight of the particles themselves. When the particles are in contact with the inclined edge of the thread, in the process of moving, due to the friction between the plastic and the screw, the plastic and the barrel and the collision and friction between the particles, as well as the gradual melting due to the external heating of the barrel. The rotating inclined edge generates a thrust perpendicular to the inclined edge surface to push the plastic particles forward. The molten plastic is filtered by the machine head, the impurities are removed from the die mouth of the die head, cooled and expanded by the air ring, and the finished film is rolled into a cylinder through herringbone plate and traction roller.

Dalian film blowing machine manufacturer specializes in producing all kinds of PE film blowing machines. Reliable product quality and good after-sales service have won high praise from the majority of users. Welcome to visit and buy from our company.